Description:  Located near historic Savannah, this park has paved roadways with gravel/dirt sites amongst Spanish moss draped live oaks.  No sat tv reception but local channels were good enough.  We met up with Tricia and Dan who were on site 35 (FHU).  We chose site 37 (W/E 50amp).  Some sites are 30A instead.  Good park to ride the bike, jog or hike the trails by the salt marsh.  The Interpretive Center has several exhibits and features a giant ground sloth replica along with a nice birding station outside the back door.

Activities:  We joined up with Tricia and Dan on our way to Cedar Key for the winter.  We actually shortened our Fall travels due to Gin’s knee and they shortened their travels since Dan broke his glasses.  This is a nice park to ride bicycles and the neighboring development, The Landings, has an extra wide sidewalk to bike.  Historic Savannah was preparing for a Fall Festival of some sort along the riverfront.  The old section of town is beautiful with its many town squares and old live oaks covered with flowing Spanish moss.  River Street is cobblestone and has several blocks of old refurbished buildings.  We all enjoyed visiting the Interpretive Center in the campground and sat out back at the birding station for quite some time.

Trash and Recycle:  Dumpster near the dump station in the center of the cg.  Recycle bins at that location also. 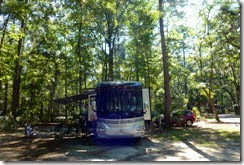 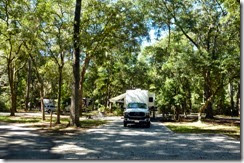 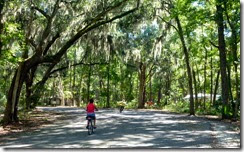 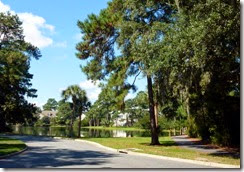 Biking in the park and The Landings neighborhood 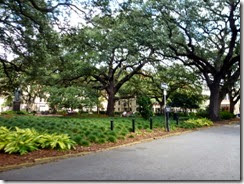 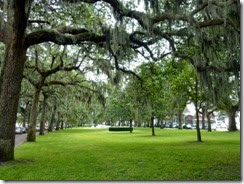 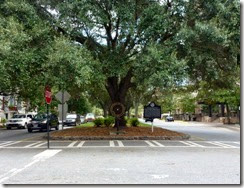 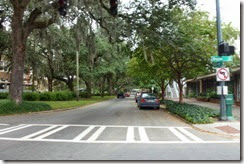 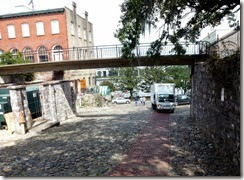 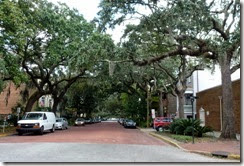 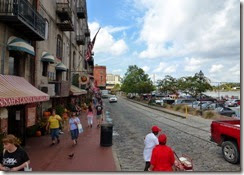 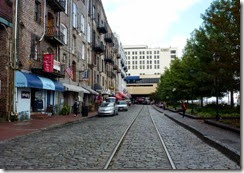 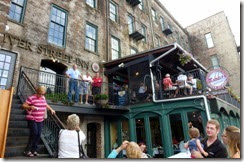 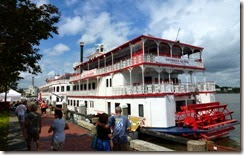 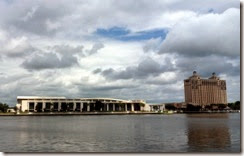 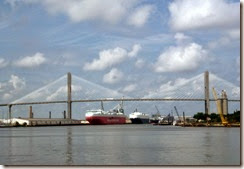 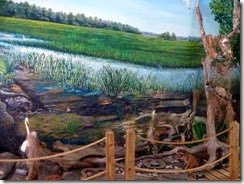 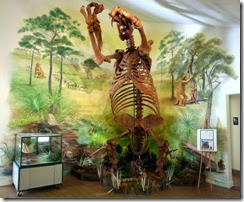 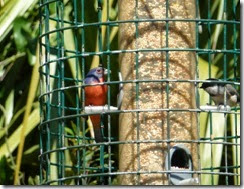 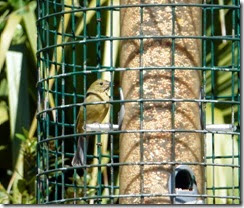 Tawanda is a 2011 Winnebago Journey (40U). She became our home in early 2012 and this blog will help us keep track of our travels. I plan to review most of the campgrounds and rv parks that we stay at along the way. I don't plan to rate them however, because I just can't put a number on life. Since we have a nice sized shower, roof-mounted Direct TV dish, and Verizon phones for internet, I don't plan to include reviews about those options.
Be sure to check in on my sister blog; Wanderingsylville.

Gin and Syl
We are two kindred souls that have hit the road as fulltime RVers. Gin has lived with Multiple Sclerosis most of her life and Syl retired from the Raleigh Police Department in the summer of 2011. We enjoy a slow and steady pace to life and have decided to live with no regrets. Follow us as we chronicle our journey.